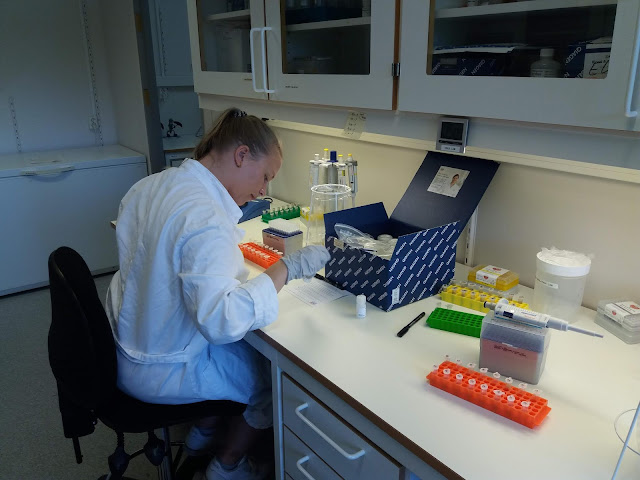 Pernille was accepted as a MSc student at University of Oslo, Centre for Ecological and Evolutionary Synthesis (CEES) with Dr. Galina Gusarova as her main supervisor two years ago. She conducted part of her work including animal experiments in our research group at Department of Arctic and Marine Biology, UiT - The Arctic University of Norway in close cooperation with co-supervisors Prof Lars Folkow and Prof Monica A Sundset. Additionally, she also had the opportunity to collaborate with Associate Prof. Tove Utsi (UiT, Alta), who collected samples from four reindeer gastrointestinal (GI) tracts.

Free-ranging reindeer eat a diverse diet of graminoids, herbs, shrubs, woody plants, mushroom, lichens and mosses. DNA metabarcoding is a next-generation sequencing method that in theory can be used as a non-invasive method to determine diet composition down to species level. Pernille has conducted two experiments to reveal potential shortcomings and advantages of this method:
The first three questions were answered through a controlled feeding experiment, including three female semi-domesticated reindeer (Rangifer tarandus tarandus). The reindeer were fed pelleted reindeer food, birch and an increasing amount of lichens. The findings of this experiment included the detection of eleven of the thirteen fed species, birch DNA appearing within 12 hours after feeding and staying present for at least 26 days. Additionally, it was possible to see a correlation between the fed biomass and the proportion of DNA sequences of lichens.

The fourth question was answered through sampling the content of different sections of the digestive tract of free-living reindeer. The data from this study indicate that there is higher seed plant species richness in the distal colon than in the rumen, and that the highest seed plant diversity was found in the cecum and distal colon.

Conclusively, Pernille’s studies have highlighted the precise species detection and potential of DNA metabarcoding. The results also imply that non-invasive faecal samples represent a larger part of the reindeer seed plant diet and are thereby better to use in ecological studies. 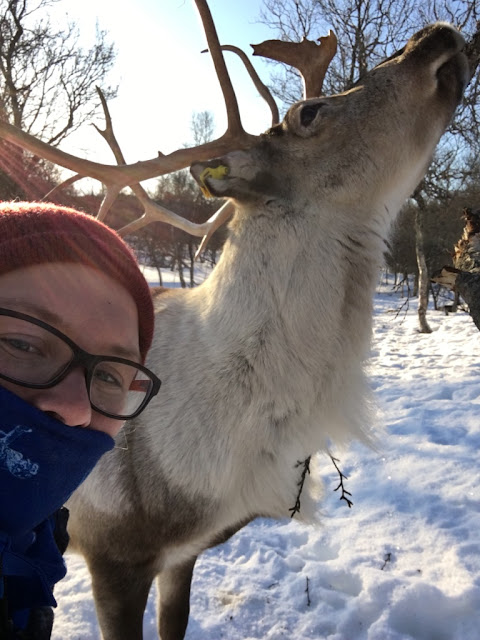