This summer, members of the Arctic Chronobiology and Physiology research group have been helping me with a solargraphy project and the results are finally here! Solargraphy is a technique that uses pinhole cameras and long exposures to get a picture of the sun’s movement in the sky. For more information on the project, see the previous post on the topic from August 12th 2019.

The pinhole cameras were initially set up at the solstice in June 2019, which allowed to capture the sun at its highest point in the sky. The cameras were then retrieved after the final sunset of the year, marking the start of the polar night, early in December. After such a long wait, I was very excited to see if the project was going to be successful!

When I pulled out the first photography paper from the pinhole camera to develop the image, I could already tell that we would have some very nice images. The first step in “developing” the solargraphs involved digitizing the photography paper with an electronic scanner. Here is what the resulting images looked like. 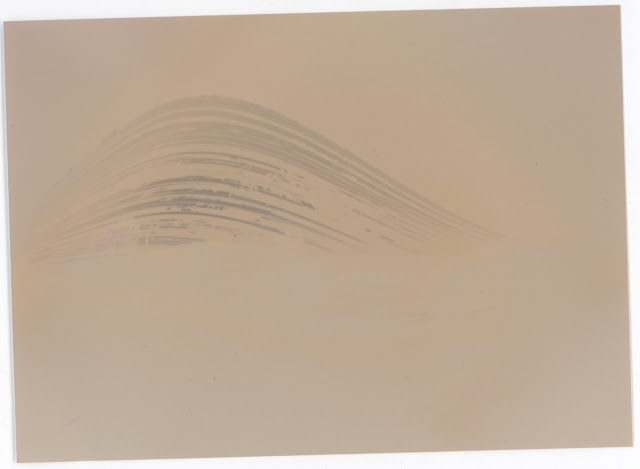 You can see that the areas of the paper that was exposed to light was burned and turned dark. The brighter the light source, the darker the burn.

Now comes the fun part, image editing. The colours of the images were then inverted so that the lines burnt by the sun become the lightest part of the image. This also allows us to make objects in the foreground, such as trees and houses, that created shadows on the solargraph visible. When editing the images it is also possible to selectively enhance certain colours which opens up so many possibilities as to how an image will look. When editing the images I was inspired by the northern lights, where green colours were enhanced, while on other images the beautiful blue hour was the inspiration for the colour pallet. Finally, the moment you have all been waiting for, here are the final images! 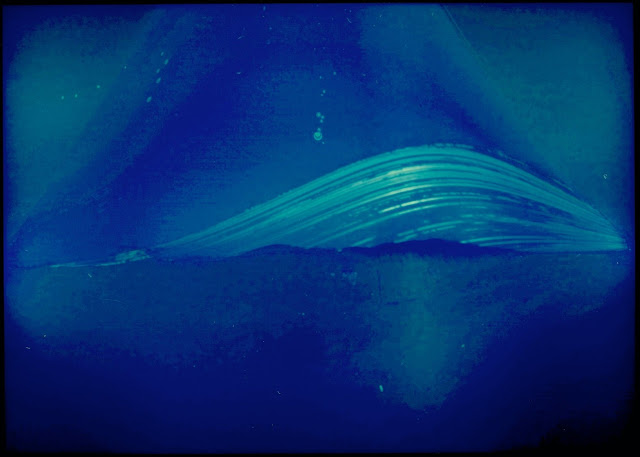 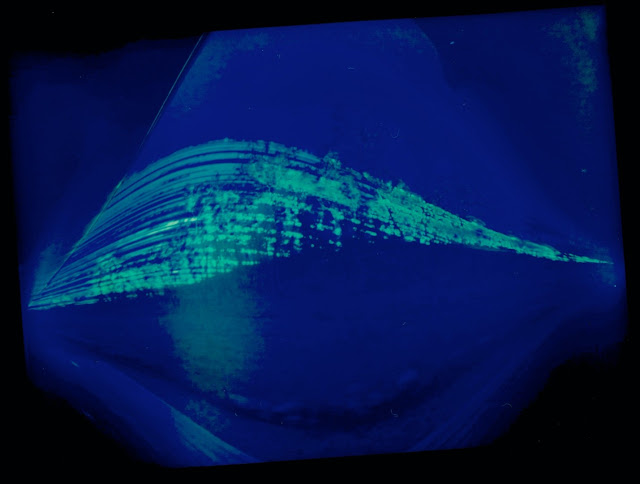 Facing East where there is a forest, Håkøya, Tromsø 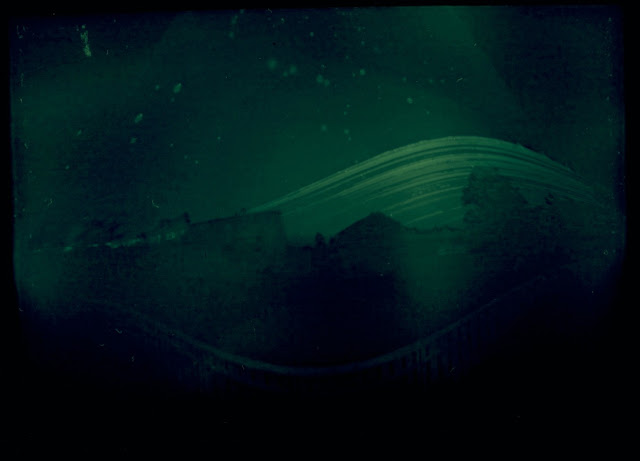 
I am still waiting on some cameras to be returned and hopefully I will be able to share more solargraphs on the blog. I am so happy with the results and members of the group have already started to brainstorm ideas for what we can do next year once the sun returns! I thank all who have helped me with this little side project. You all helped making this project a successful one!